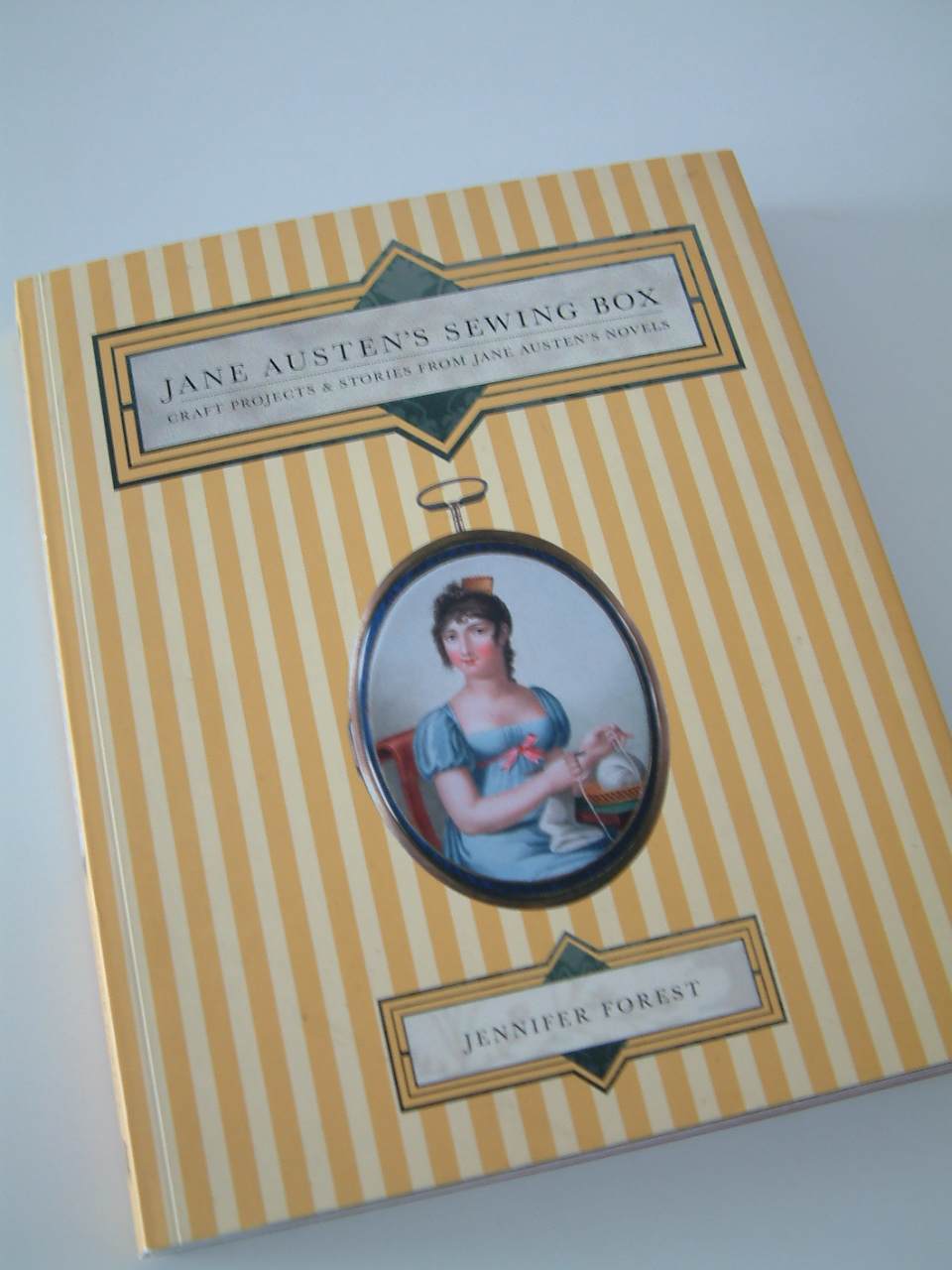 All well-bred Regency ladies aspired to be highly accomplished. They painted tables, covered screens, and netted purses as Austen’s character Charles Bingley matter-of-factly describes in Pride and Prejudice (among other talents), all to allure and secure husband.

Women of this era were great at handiwork – sewing, drawing and trimming bonnets. Author Jennifer Forest has researched Regency crafts compiling this lovely volume of projects to turn you into the accomplished woman that even Mr. Darcy might admire. (Publisher’s description) Jane Austen’s Sewing Box opens a window into the lives of Regency women during a beautiful period in arts, crafts and design. Jennifer Forest examines Jane Austen’s novels and letters to reveal a world where women are gripped by crazes for painting on glass and netting purses, economise by trimming an old bonnet, or eagerly turn to their sewing to avoid an uncomfortable conversation. Based on Jane Austen’s novels and with illustrated step-by-step instructions for eighteen craft projects, this beautifully presented book will delight Jane Austen fans, lovers of history and literature and craft enthusiasts alike. Murdoch Books, ISBN: 978-1741963748 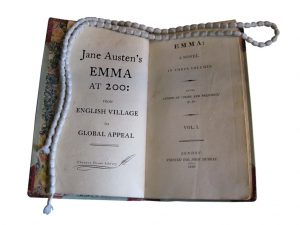 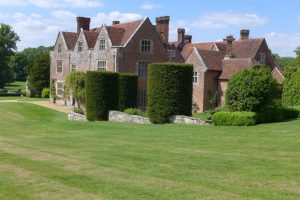